by eyes cast down 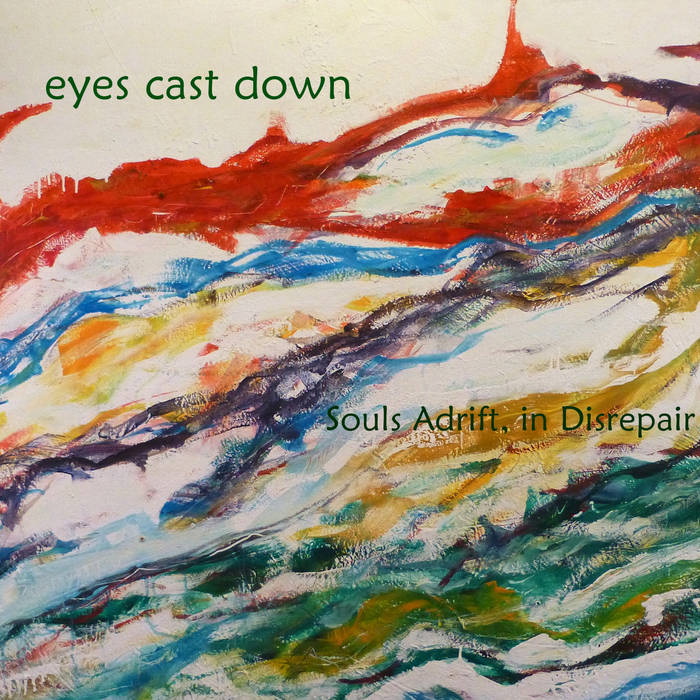 Richard Gürtler This is a sensationally prodigious album, a truly triumphant 74-minute showcase of a challenging ingeniousness by its visionary force. I somehow can't remember what my predictions were before exploring this album, but this doesn't really matter, because Greg Moorcroft has blew them all away with such glorious performance. A true gem, and still enormously hidden, among the most gifted pinnacles of 2016!!! Darker than the darkest, deeper than the deepest...

Brian Bourassa A remarkable album that captures the essence of its title superbly. I could put track 1 on loop and listen to it for hours.

Sound In The Mist

Cited as one of 2016's Significant releases by Star's End.

eyes cast down's multimedia jam with art painters Royce Deans and Tali Farchi in April 2012 birthed this project, so it's most fitting that the album artwork consists of Royce and Tali's original paintings. Four of the album's five pieces began as music improvised in that performance.

This album closes a circle begun with The Separate Ones, returning to a reflective and deeply grounding space. The music is a spiritual journey, facing down sorrow and loss, in order to see through them and beyond - to their redemption. The soul need not drift.

By turns dreamy and melancholy, serene and foreboding, the wistful guitar of Fading Angel gives way to the disorienting and immersive Astral Drift, the seductive Sirens of Maya, and the 12-string Power Zen of Transcending Memory.

The closer, At This Body's Final Hour, slows to half-speed over its 18 minutes, with a plaintive piano melody over a haunting blend of synth, guitar and chant.

The music bears witness to the final days of Sandor Cat, who passed on two days after the performance. The album is dedicated to his memory and that of his brother Kalman Cat.